Kept inside on a rainy day and with me working in the living room,
Robby and Miriam were constrained to play quietly (more or less) in the
kitchen-dining area of our Connecticut house. Since we vacationed in
an unfurnished house, they had few of their usual toys and a limited
selection of books.

During the afternoon, I discovered them playing with empty boxes,
and shortly after Robby entered with the drawing of Addendum 50 – 1
inquiring whether or not it was a good plan for a go-cart. The vehicle
is to be propelled by pedaling. (The long hair on the front figure
indicates Robby thinks of Miriam performing that function.) The
‘steering wheel’ is for holding on to, for steering is to be provided
by a tiller at the back of the cart which turns the ‘tail’ wheel. I
admitted it as a good start but cautioned that more detail would be
needed before it would be a plan for construction.

The project was a joint one. The children planned to construct
and use it together. Miriam’s sense of construction was different from
Robby’s. She took one box, opened to a single flap on the top, and
declared this the front of the go-cart. Another box, ripped apart,
provided the rest of the carriage. She jumped in and was “off,” driving
the cart around while Robby explained to me how the pedals would be
mounted (drawing therein the ancillary figures below the side view).
Miriam seized Scurry to take her for a ride, put her in another empty
box, and declared it a ‘rumble seat.’ Robby redrew his plan as a three
seater with a ‘rumble seat assembly.’

Robby took his play very seriously and eventually found a set of
wheels in the garage I had salvaged from a junked garden tractor. He
began to talk of going to the lumber yard and to wrestle with the design
of a brake. (The final drawing of Addendum 50 – 2 is my advice; his
original idea had the shoe forward of the pivot). To Robby, building
a real, usable go-cart is an achievable objective. To Miriam, the idea
of a go-cart is a focus for a fantasy. Its symbolic realization is as
adequate to her use of the idea as she requires. A real go-cart, some-
where else at some later time, would be much less satisfying to her than
the play construct of the moment.

Relevance
This vignette describes the joint efforts of Miriam and Robby in
a go-cart “project.” The children play together in the intersection of
fantasies that are worlds apart. 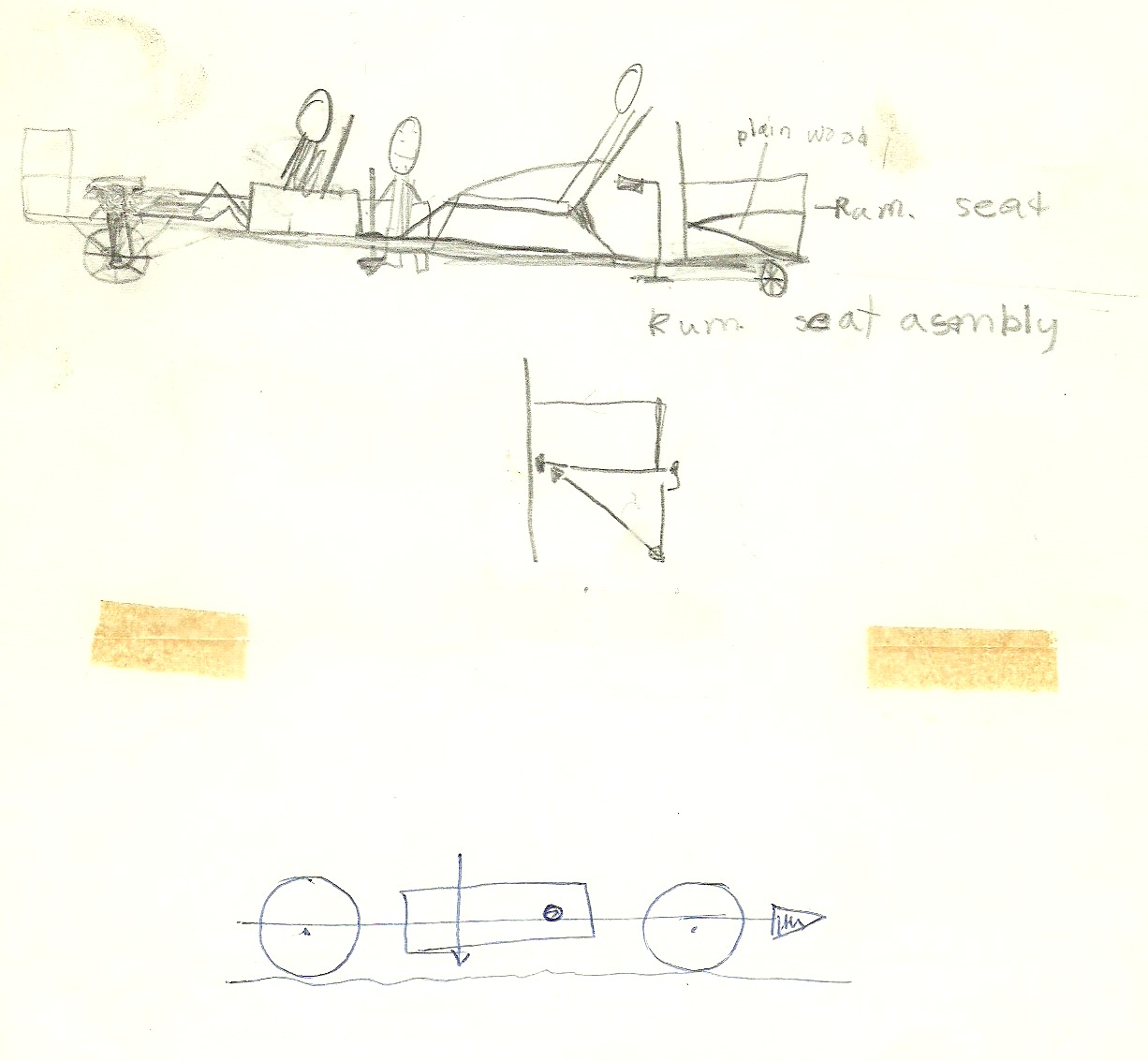