I asked Miriam today if she had read all the stories in the book
Friends, Old and New (the book used in initially assessing Miriam’s
reading ability in Miriam at 6). She thumbed through the book, said
she hadn’t read them all, but found the stories just too easy.

What does one believe? I asked Miriam if she had done all the
exercises in the Think and Do book (a set of companion exercises to
accompany the text). She had not, but picked up the book, announcing
that she would do some then, while I continued with my work. I asked
Miriam to write the date (8/17) on those exercises she elected to do.
Miriam did write the date on page 3 (in red pen) and did some of the
exercises there as well as those on pages 2, 3, 4, 6, and 13 (these are
integrated here as Addenda 67 – 1, 2, 3, 4 and 5).

Page 2 apparently tests the extent to which a child can inflect
verbal forms and recognize the significant lexical morphemic correlates.
Miriam did the exercise without error.

The exercises of page 3 ask the child to identify the initial or
final consonant sounds of items pictured. Miriam responds generally
with the initial and final letters in the spelling of the word, e.g.
‘w’ for wheel and ‘h’ for the th of mouth. Two other anomalies appear.
Miriam does not attempt (perhaps can not recognize) the peach and
appears to spell chain with a terminal e (‘chane’).

Page 6 examines a child’s ability to select appropriate modifiers
in a context. Miriam made no errors.

The questions of page 13 make an interesting contrast because
Miriam got them all wrong. The question posed is, in which [picture
word] do you hear the vowel of it? Miriam apparently identifies the
sound of the ‘vowel of it’ as the sound of the letter name i rather
than the phoneme /I/, thus choosing ‘lion’ in preference to ‘pig’ and
‘fire’ in preference to ‘bridge’.

That speculation is not confirmed by the final 4 questions wherein
Miriam does not select ‘mice,’ ‘pie,’ ‘slide,’ or ‘knife.’ Her decisions
may be both spelling-based and based on imperfect spelling.

Relevance
These data sample the language skills expected in school of some
one who can read at Miriam’s level. They show, not surprisingly, that
Miriam is largely ignorant of phonetics as it is taught in school. 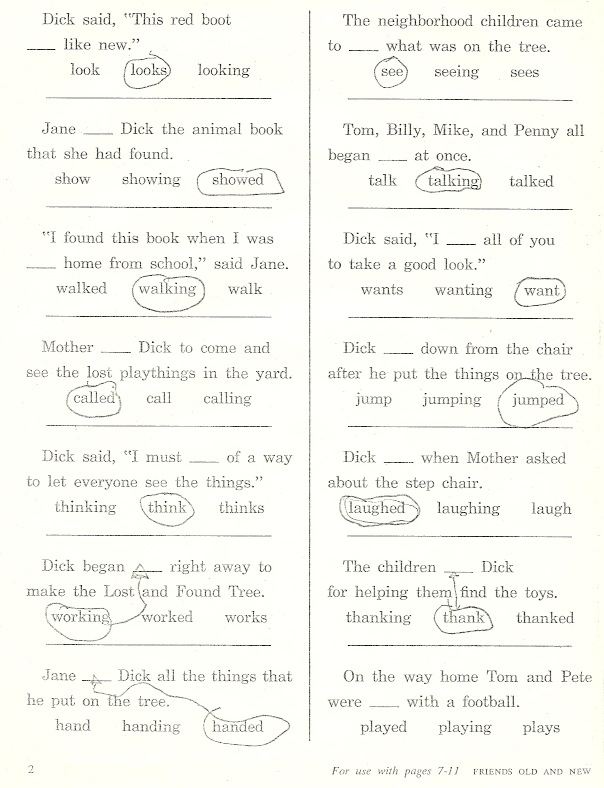 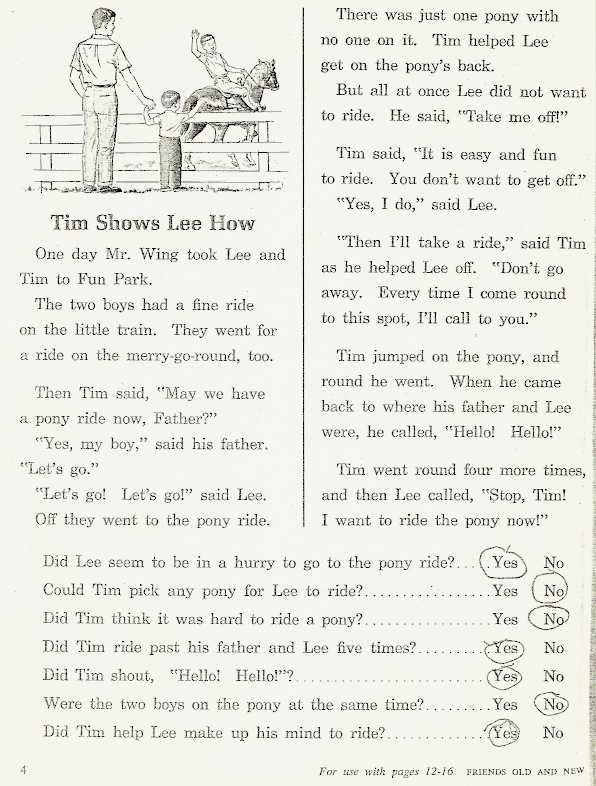 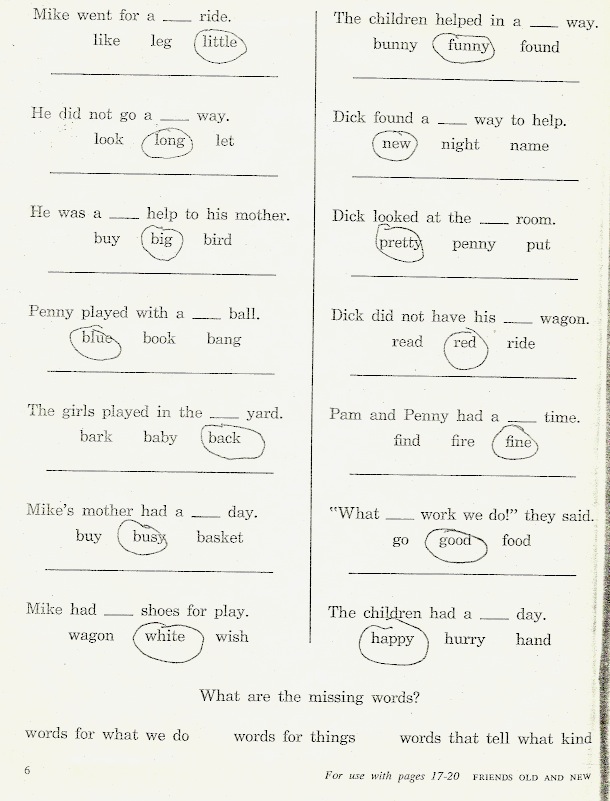 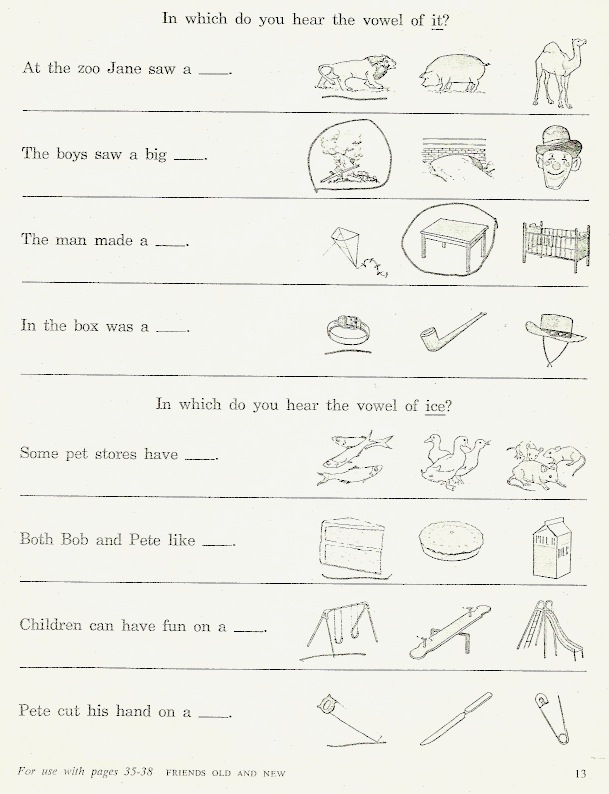