At lunch today a variety of topics came up for discussion. Miriam
said she would like to bring her friends over to visit Logo. I thought
of previous visits. “You mean something like the earlier visits of Meg
and Dara?” Miriam added, “I want Michelle and Laurie Ann and Elizabeth.”
I asked if she wanted all her friends to visit at once. She replied,
“No. The whole class.” I am happy that Miriam wants her friends to
visit our lab and get some sense of what she has been doing. After the
final phase of the project ends might be best, since such a visit
would take a lot of preparation.

I discussed with the children our moving into the project’s final
phase. Because there had been some complaints about how specific
experiments were ‘bad,’ e.g. bending rods, I asked if the children had
any good ideas for improving our experiments. Miriam’s response I find
a little bizarre, but worth noting: “We should do more things with clay.
The best thing of all would be if we made things on the computer, the
computer would give you them in clay, like PERSON.” (PERSON is the name
of a procedure Miriam made in Logo Sessions 59 and 60; Miriam uses the
printed images of the procedure’s output for cut-outs and coloring. For
an example see Addendum 94 – 1.)

Later on, a few knock-knock jokes passed across the table. Miriam
noted of them the thing that makes them knock-knock jokes is you have
to say “Who’s there?” We all agreed; then Miriam began what seemed a
divagation. She said to Robby:

I found this a very unusual example of the genre, and asked Miriam if
she had read this in the collection of knock-knock jokes she took out
of the library. Miriam claims to have made it up herself. I find this
an interesting variant because it makes very direct use of the rigid
knock-knock script without having its humor depend on a pun. That is,
the equivocation is at a discourse level, not at a verbal level.

Relevance
This collection of incidents touches on 3 points: Miriam’s interest
in showing Logo to her class; her imagining computers with a more
physical and less representative output; finally, her articulate knowledge of
the structure of knock-knock jokes. 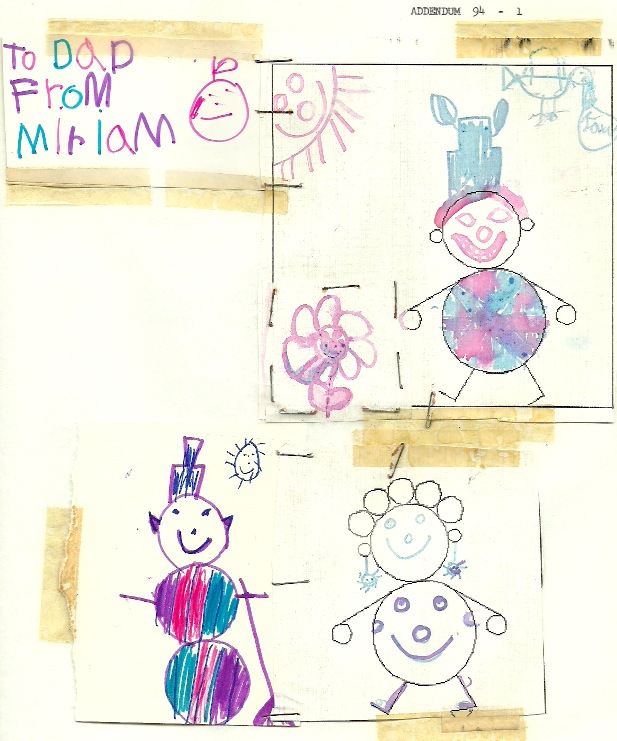