Miriam’s teacher, Sue, sees her as a special child in several ways.
Her surprise at Miriam’s easy solution of class inclusion problems (cf.
Vignette 90, Meeting Miriam’s Teacher) shows she had reason outside of
anything I told her in our first meeting. She learned of Miriam’s continuing
work at the Logo project and was favorably impressed by our links
with the now-respectable scientist Piaget. Thus Miriam appears special
by developmental progress for her age and by the experience of her ongoing
engagement in a serious study.

As The Intimate Study concluded, the children asked if they could
bring their classmates over to visit Logo. I agreed to help them work
that out if they wanted to, on condition that a few children came at one
time and that Robby and Miriam be the ones who ran the show. Both accepted
this scenario as the best one. Robby suggested that their teachers
be first to visit (I don’t know why). Miriam was not keen on the idea
but didn’t argue enough to undermine Robby’s support of the plan. About
the middle of November, the two teachers spent approximately 2 hours at
Logo. The children showed off their computer pictures and their desks,
then explained their work to the teachers. I stayed in the background
as much as possible. Both wanted to play Wumpus, but because this was
confusing to their teachers, they showed them SHOOT and its variations,
explaining the primitives and exhibiting the arithmetic tasks the game
involved them in. Otherwork included the use of POLYSPI and INSPI,
drawings, and a text manipulation work. I believe the teachers were
impressed by the work and the children’s command of it. Sue’s note (see
Addendum 112 – 1) witnesses her response.

Yesterday Gretchen met with Sue for an evaluation conference. (The
report is attached as Addendum 112 – 2, 3, and 4). I was unable to attend
the meeting, but Gretchen recalls these comments:

Relevance
These notes record a view of Miriam independent from mine. 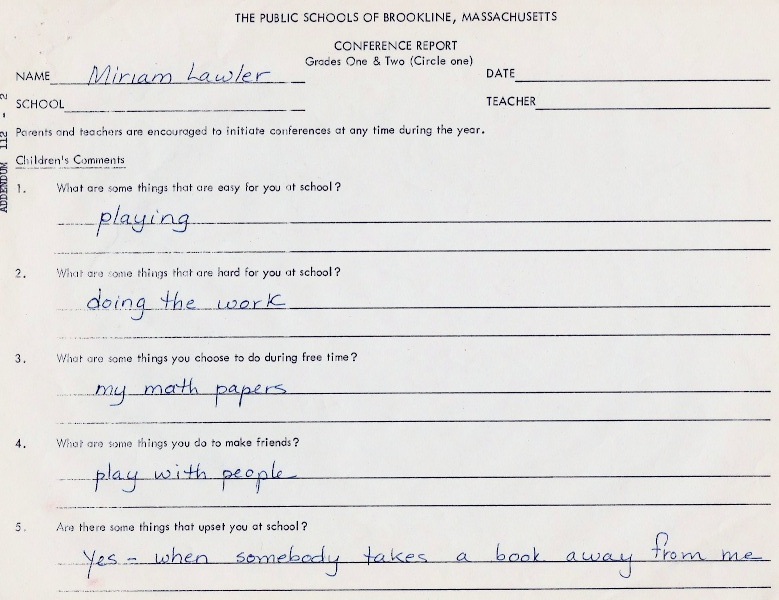 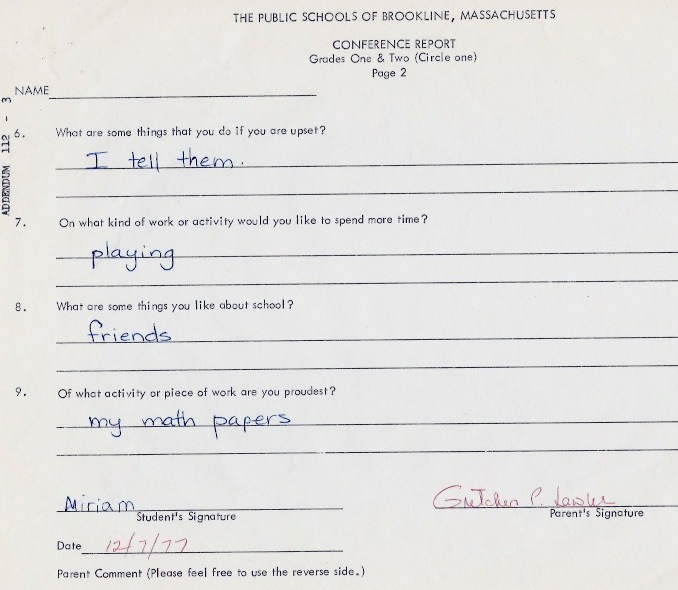 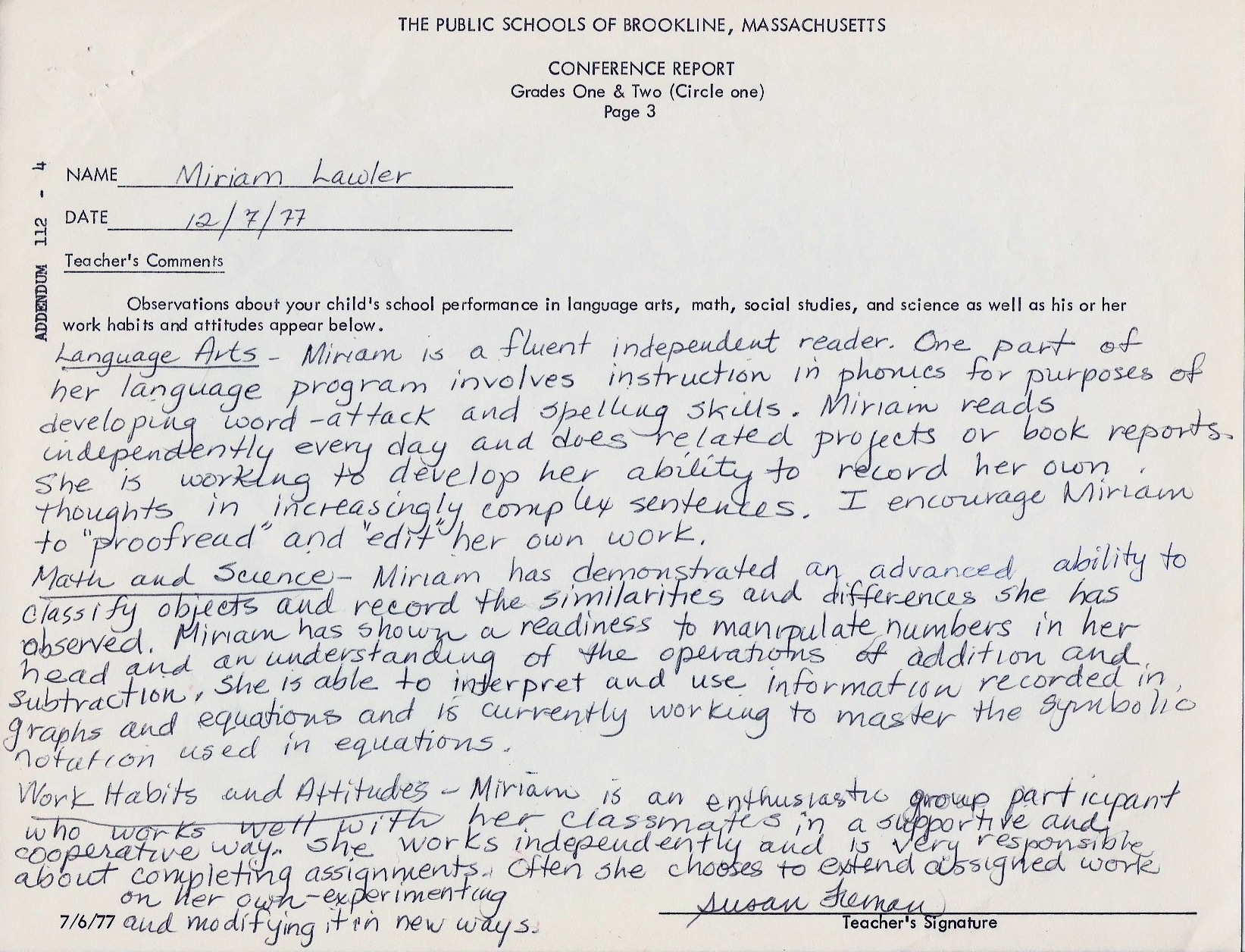