While school has been canceled this week due to the Blizzard of ’78,
the children have spent a lot of time outside, playing on the snow
mountains the plows and people have piled up. Inside much of the time,
they have followed their own inclinations, playing the card game War,
reading Gretchen’s collection of Pogo and Peanuts books, drawing and
weaving.

Miriam has told repeatedly her most recent joke.

In her turn, she has had to suffer our variations of her joke. A second
group of similar jokes is expressed in drawings Miriam made for me and
Robby. They are like puns in that the gift is coupled with a request
that you “find the hidden picture.” (Confer Addendum 121 – 1).

In the first picture, “the hidden picture” is a whale, underneath
the house, whose eye is formed by the ‘O’ of ‘TO’. When I asked how she
ever came to make such a picture, Miriam replied, “After I drew the hill,
I looked at it and saw it looked like a whale.” I surmise that the
whale’s mouth and tail fluke were later additions.

Subsequently Miriam made a gift for Robby, swearing me to secrecy.
(Confer Addendum 121 – 1). “The hidden picture” is once again a whale,
but rendered less incongruous by his rising under the boat. The whale’s
mouth says ‘TO ROBBY’ and his eye, pencilled in, has been covered over
by blue coloring both ocean and whale. The theme of sea warfare is a
direct catering to Robby’s taste.

Relevance
The seeing of some entity from two different perspectives is an
activity that is forward, a vanguard issue, in different areas of
Miriam’s concern, as documented here and otherwheres. It strikes me
I might help foster her understanding of carrying by posing for her
the problem, “What number is ten when you take it away and one when
you add it in?” 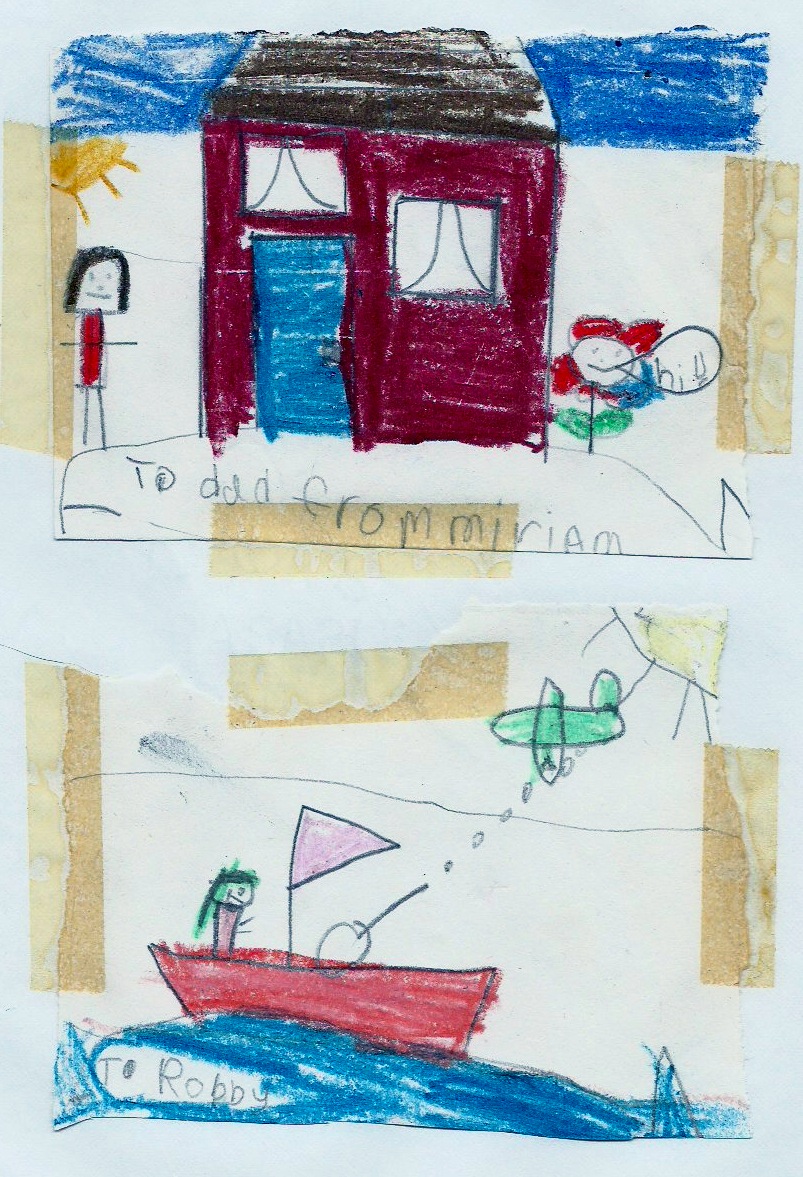